The people we support are strong,
and resilient, and survivors.
They don’t need our empathy.
They need to finally catch a break.

Our Mission: We build safe homes, currently in Nepal, offering education, medical attention and trauma therapy for young girls and women who have been rescued from being sold to brothels or as workers under slave-like conditions in the sex and human trafficking exploitation. 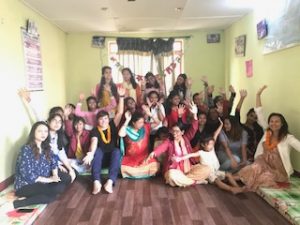 The Transithome will be run by the Non-profit organization ABC Nepal (http://abcnepal.org.np/wp/), an organization that Do Good Now Global, together with your donations, have been supporting since 2010. ABC Nepal has today several transit homes in Nepal and one transit home in Kathmandu. The houses that we build will provide them with the opportunity to support more girls but also give the girls better facilities and space to be able to assimilate the schooling and studies that they need, to be able to grow up to be an independent and a self -sufficient adult without living off donations but earning their own living. Since 2010 Do Good Now have each year donated about US$20.000 to ABC Nepal. This money has been used for the following: 10 girls will get a house to live in and an own bed, School admission, school uniforms, school material (such as books and stationary), counselling cost, food, private clothes, extra activities. (the other 17 girls will be supported through other donors such as UN and the government of Nepal).

The monies also support the salaries and pension of the coordinators at the transit home. Street drama and orientation is performed at school with the purpose to spread awareness about trafficking. We also pay for two persons at the information desk at the unattended border between Nepal and India, Brijatnagar, who works to identify suspected trafficking with children.

We also aim to spread awareness about human trafficking to the large number of tourists who flock to Nepal trekking and exploring the glorious mountains. Normally they stay a couple of nights in Kathmandu before setting off in the Himalayas. Therefore, we will also build a home-away-from-home, a B&B and Info Centre. The B&B will be run by ABC Nepal and the profit will go straight back to the organization and to the girls. In the garden, ABC Nepal will be able to grow vegetables that they can use or sell in the market. The B&B and the garden will help ABC Nepal to be self-sustainable to a greater extent than today.

Not only will we offer incredible warmth and accommodation but empower the girls and women who have been victimized through human trafficking and sexual exploitation, to learn how to run a B&B and financially support not only their dreams of education but also empowering their human development AND building their community up, through education and ridding the population from poverty one step at a time. 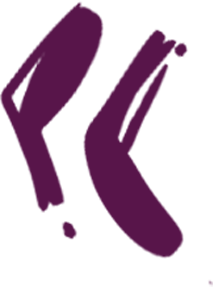 And we invite you to support us to help finance the building of both the Safe Home and Bed & Breakfast. 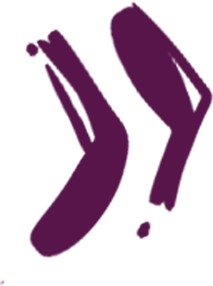 OUR GUARANTEE: No more than 25% of all monies raised go towards our administrative running costs – this is in accordance to the regulations for NGOs and charities with a 90-account ”90-konto”. However, our intention is to never exceed 10% in administrative costs.

WHAT CAN you DO?

Use your company as a force for good
greater than the norm of CSR.

Everyone Has The Potential
To Change The World

And That Includes You!

Together, we Get It Done

Are working with us to rent 10% of their apartments to Syrian refugees. 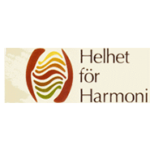 Have collaborated with us to provide over a dozen women in Guanacaste, Costa Rica with education in beauty services, empowering them to start their own small businesses. 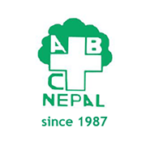 Is a network of transit homes for victims of human trafficking and sex slavery Do Good. Now has collaborated with to bring food, shelter, and education to hundreds of children.

Have committed to renting 10% of their available apartments to people fleeing their countries or those with special circumstances such as protected identity.